In today’s podcast, Lucas Hall has been investing in Washington DC real estate for a while now and has figured out how to do it successfully.

What got you started investing in real estate and rental properties?

NOTE: House hacking is a way to buy a house with the idea to eventually have it as a rental property, or get people to move in with you and pay your mortgage. Listen to podcast episode #016, How to House Hack to Start Your Rental Business, to find out more about house hacking.

What was your next property? What were the next steps?

This was Washington, D.C., right?

Let’s talk a little bit about your business model and how you found the property, how you bought it, the size, rents, etc.

Are taxes really high in Washington, D.C., and is that calculated in your numbers?

When you have multiple people in one property, the worry is how to coordinate all of it. Is it complicated? When the property turns over, how do you fill it? 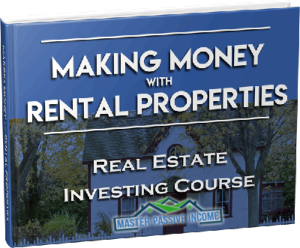 Is that something you would look for — to keep replicating that model in the D.C. area?

What was going through your head as you were buying your first property? Was it really hard to do?

Was it hard to get past that initial thought, buying your first property? Did you have concerns about getting it rented?

Are you investing now and where do you see your real estate business in the future?

What are your favorite things about rental properties?

Have you had any failures? Can you give us one failure that sticks in your mind and something we can learn from?

Before you started investing and met your now wife, what would you tell your pre-investing self what to watch out for and what to do?

If you were to start over from scratch and you had $1,000 to your name and no properties, but you had experience, what would you do to get back on your feet?

What non-real estate book would you recommend to everyone that they should read?