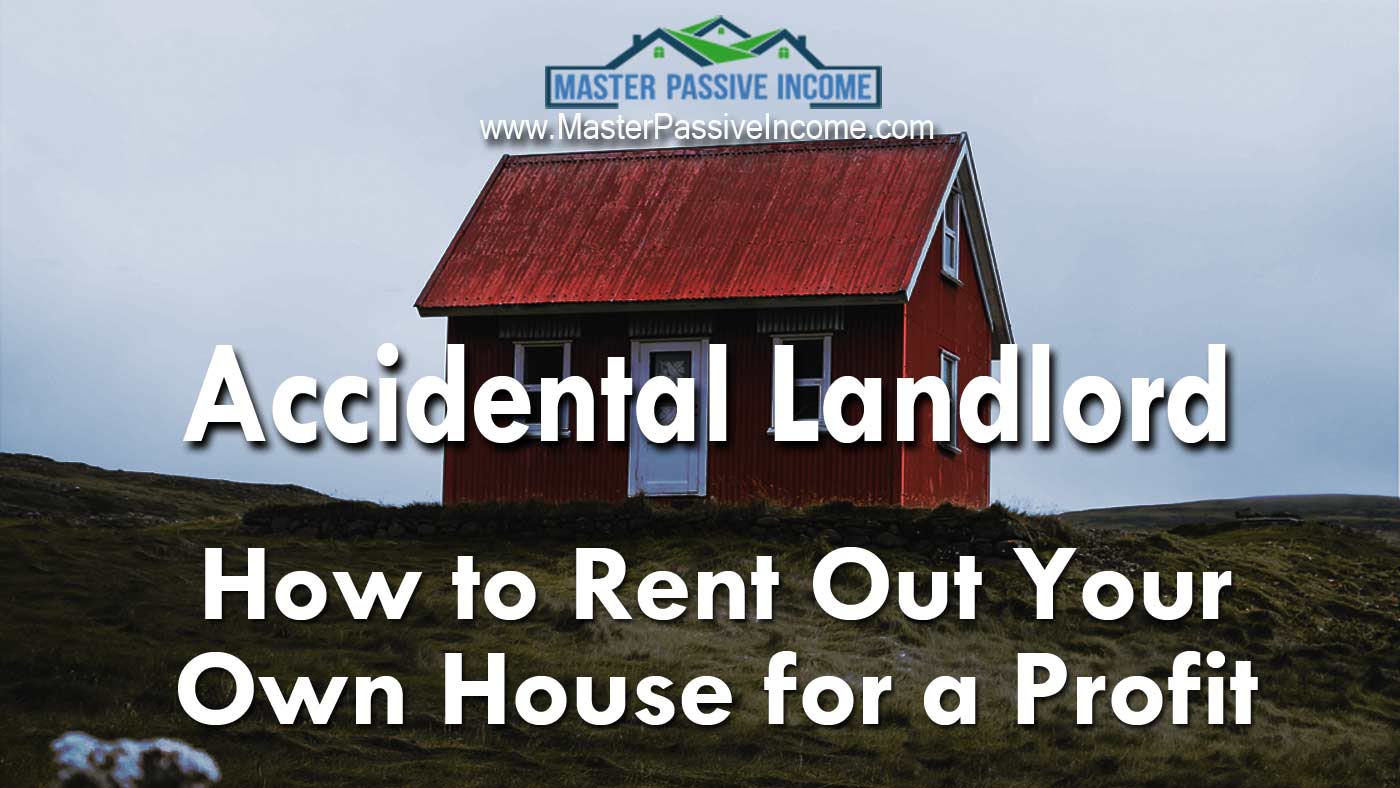 On today’s show, we are going to learn how Philip Taylor, “PT”, became an accidental landlord. PT bought a property, became a landlord, and he is making terrific money every single month. This guy is a successful business owner, and I am so excited to bring him on the show.

PT is an entrepreneur. One of his websites is www.ptmoney.com, which is where he teaches people to invest their money and to be smart with their money. Although he is successful with that website, he also is the founder of FinCon (www.finconexpo.com).

This is a conference for financial bloggers and podcasters that I love to go to, because I love to learn how to teach better and how to use the online medium to reach people and show them how to quit their jobs. In addition to these two businesses, PT has also created a video production company.

Listen to the Podcast

Tell us your story about becoming an accidental landlord.

PT married his wife in 2006 and at the time, they decided to rent a place together in Frisco, Texas. It was a nice place that had three units together and it looked like a big house.

They rented one of those units from a guy in New York. He only talked to the landlord on the phone and sent him a check every month.

They were strictly looking at renting at that point, but the idea of being a landlord was brewing.

After a couple of months they started thinking about buying one of the units, since the construction company was in the second phase and they were still building them.

PT and his wife made the decision to buy one and put money down on it. They had to wait six or seven months for it to be completed and they thought this may be a place to rent out in the future.

They stepped into their townhome as homeowners in September 2007, which was right at the height of the market.

The realtor didn’t really help them negotiate the price down. Within a few months, Zillow said their house was worth $30,000 less than they paid. Eventually, it went down to $60,000 less.

In 2012, they had two kids. They were the middle unit and they didn’t have a yard, so they decided to move to a place across town with a yard. When PT ran the numbers, he found that the unit was still worth $10,000 or $20,000 less than they bought it. The market had bounced back a little.

Did you buy a new place and move out of this one?

PT left the corporate world and started blogging full time in 2010. He was two years into being a solopreneur.

They went through Rocket Mortgage and after reviewing their tax returns, and his businesses (the blog and FinCon), he was approved for a loan for the new house.

They decided to rent out their instead of sell, and they figured they would do that for about a year and sell it when the price came back up.

Seven years later, they still have that first property.

Because he is a blogger, PT wanted to document the whole experience, and he decided to do everything himself.

He went through the moving process, the mortgage process, and the process of cleaning the old place up and getting it ready to rent.

They did a little clean up and a few repairs, but not much, because it was still pretty new.

They put it on the market, advertised it on Zillow and a few other free places, and started taking phone calls from interested people.

PT started researching what to do with all the applicants.

Since it was in an HOA community, there were pretty strict terms he had to follow. He had to do background checks and there was a clause in the HOA that required 70 percent of homes in the neighborhood to be owner occupied.

PT emailed the HOA and found that he was within the percentage, so he could rent out his home, but he needed to show the HOA the background check.

He tried to create a standard process for his evaluation of applicants. They all went through the same process: background check, holding deposit, etc.

PT has a lawyer friend who helped him create a lease, he found a great tenant, and they moved into the property.

Since then, he has been figuring out how to be a landlord and he has been documenting this on his blog.

PT is on the fourth tenant in seven years.

Tell us a little about the expenses you have.

If you hired a property manager, how much would that eat into the passive income?

Texas usually charges a flat fee, and Dustin estimates that to be $100 a month.

PT is getting tired of the calls he gets when he is away. He has great tenants, but something usually happens when he is out of the state.

If he bought additional units, or when he pays off the mortgage, PT would consider a property manager.

Are you looking to get any more properties?

PT has gone back and forth on this through the years with properties in the area and looking at doing remote properties. He has also looked into syndication.

Ultimately, he has settled on some real estate crowd funding opportunities. He is utilizing PeerStreet to invest $1,000 at a time into rental properties and refinances.

Tell us a little about FinCon and the other businesses that you own?

It has been one side hustle after another. PT is a very risk averse guy, which is why he followed his dad into the accounting field.

He respects the profession and is glad he has that certification, but he recognized he needed to do something different.

Whenever he would do tax returns for business owners, he would always think about how great it would be to run this business or that business.

He asked one of the partners at the firm if he also got excited about the businesses their client ran, and the partner said no. He liked doing the accounting piece. That was a signal to PT that he should find a business to run.

PT stumbled upon financial blogging from a personal standpoint. He was looking for help about the same time he was buying his first home. He had just been married and was starting to get serious about his money.

PT found these people online talking about money in a way he had never heard before. To see the details behind the bloggers’ real personal finances was very enlightening and challenging to him.

He started following them regularly and learned about savings rates and ways to max out his retirement savings.

This was before FIRE, but it was all about fast tracking and maximizing your potential.

PT was inspired with what he was reading and decided to start creating.

PT started writing articles online that people never read. Then he started meeting other bloggers and started reaching out to them to talk about blogging.

He started going to other events and working with them, and before he knew it, his blog started blossoming and taking off.

Leaving the Corporate J.O.B. to be Successfully Unemployed

In 2010, PT was making about two thirds of his corporate salary. He talked to his wife and decided to give blogging a try, and she was onboard. She is more risk averse than him.

The checks started coming and they learned how to grow the business. He monetized his blog through affiliate marketing (display ads, primarily). Traffic continued increasing to his site and they got more advertising partners and things just blossomed from there.

A year later, PT needed another side hustle and that is how he came up with the FinCon idea. The other bloggers were really critical for him to grow his own business and he wanted to double down on that.

His intention wasn’t necessarily to have a conference, but he had been to other conferences and he thought he knew enough about the business to start his own. It has been one of the best moves he has made.

FinCon, nine years later, has surpassed what he was doing with com by almost triple.

The impact of FinCon has blown his website out of the water. Not only does he get to reach bloggers face to face, but they turn around and reach their audience.

Both businesses have been challenging to grow through the years. It hasn’t been easy, but both businesses are interesting to him and he is willing to sit down and spend a lot of time building them and figuring out what works.

If he didn’t enjoy that, he would not have found success. He enjoys the community and building this type of business.

Outside of PeerStreet, are you thinking of investing in real estate?

If one of his businesses had a partnership or acquisition down the road, he would probably take some of the money and put it into real estate.

PT is attracted to the study of real estate. He has enjoyed dabbling in it with his one property, and he can see how it could scale for him. He likes the crowd funding side of it too.

PT is not quite there with real estate, but maybe he will look into it in the future.

How can somebody find you?

The best time to learn about real estate is when you are not ready. Once a deal comes, it is too late to start learning. Start learning now, so you are ready.

I want to invite you to join me in a workshop, where I am going to show you how I created a six figure, automatic business that basically runs on its own and makes me money every single month.

Register, and join me, at www.freeinvestorworkshop.com. Click the link, register, and learn how to invest in real estate.

Get out there, start investing, and change your lives for the better!